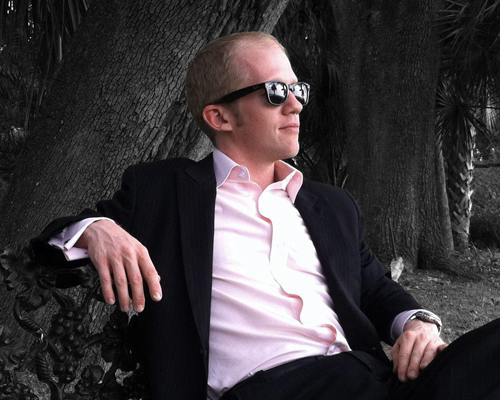 Christopher Baker knew he wanted to be in the graphic design field while working at the local ice rink hand-lettering their signage. After graduating with a degree in Graphic Design from Maryland Institute College of Art he packed his bags and moved to New York City, where he started his career at the design studio Glazer and Kalayjian.

Baker then moved onto Rolex Watch’s North American affiliate where he joined as a graphic designer, eventually becoming the Art Director. There, he and his team worked closely together in all media, including print, digital, broadcast, out-of-home, corporate identity, events and all brand collateral.

Christopher Baker has a very strong passion for typography and is still very active in hand-lettering. In his spare time, he also works with mixed media and painting.

Baker is also an avid runner and triathlete—be sure to keep an eye out for him in Central Park.

has been added to the cart. View Cart